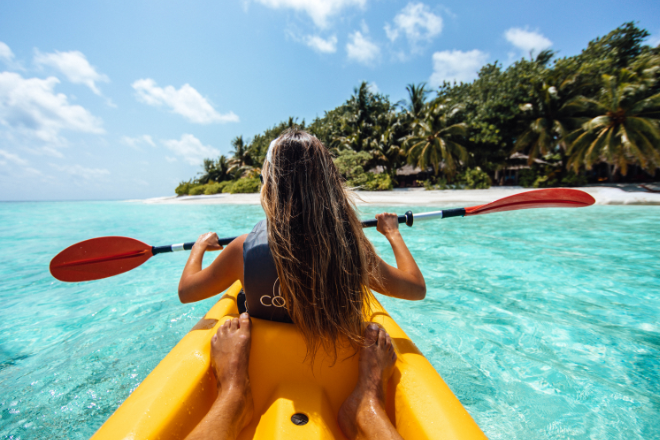 Boca Grande is a beautiful residential community in the state of Florida. It is located within Gasparilla Island and is well-known for its natural beauty and hospitality. Among its other fabulous offerings are white-sand beaches and world-class fishing facilities. The rich and famous have always been charmed by the enchanting natural surroundings of Gasparilla Island.

Its largest town, Boca Grande, attracted some affluent winter residents over the years. Some of them made a fortune by mining phosphate, which was discovered 20 miles east of the island. There are many things you can do for enjoying an exciting weekend in Boca Grande. Here are a few suggestions:

You can rent a kayak and launch your kayaking trip from a cove surrounded by shallow and calm waters. The trip would take you to the Boca Grande sandbar and the islands located nearby. The clear waters are perfect for glass-bottom boats. You’ll be able to watch all the marine creatures swimming underneath. It would also be a pleasure to watch the mackerel jumping out of the water and dolphins swimming nearby.

In some seasons, you can also watch the manatees and turtles in action. You can meet the other boaters at the sandbar. It is a popular spot for tourists to hang out. They usually spend the afternoon, swimming and listening to music under the warm Florida sunshine.

Boca Grande is famous for its world-class tarpon fishing. You can hire an experienced guide and book charter fishing trips. The Boca Grande area has some of the finest local guides. They can make your day truly memorable at the Boca Grande Pass.

Some of them have been guiding tourists since the 1980s. You’ll also find captains among them who’ve participated in the World’s Richest Tarpon Tournament. The event is held in this part of Florida every year.

3. Play golf at The Gasparilla Inn and Club

Since 1913, The Gasparilla Inn and Club has hosted some famous people of the United States. Members and guests staying at the inn can play with no tee times on the golf course. The golf players have often found the Gasparilla Golf Club quite challenging. The championship course of this golf club was designed by Pete Dye. He was a renowned American golf course designer.

The championship course of this golf club is sometimes referred to as an ‘island within an island. It features eco-friendly native grasses and measures 72,6837 yards. Each of its holes has five different tees to suit various levels of play.

Gasparilla Island has two lighthouses. One of them was established in 1890 at the Boca Grande Pass, which is Florida’s deepest natural port. It lit the way into Charlotte Harbor. The lighthouse has played an important role in the history of the island, especially during the Second World War.

It is a part of the Gasparilla State Park today and houses a museum, which was opened in 1999. It has also won the award for the ‘best-looking lighthouse’ from Florida Monthly Magazine. The second lighthouse was transported from Delaware to the island in 1927.

It had a 4th order Fresnel lens installed and was lit in 1932. The ships sailing through the Boca Grande Navigational Channel were helped by this lighthouse. It is located at Gasparilla Island State Park in the middle of the island. 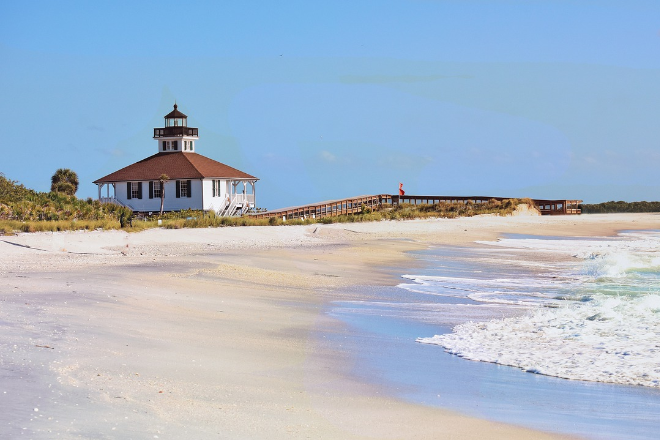 Situated to the west of this island is the Gulf of Mexico. To the east and south lies the Charlotte Harbor. The Gasparilla Sound or the Gasparilla Pass is located to the north. It separates the island from the mainland and Little Gasparilla Island.

Name of the island

If the Florida folklore is to be believed, the Gasparilla Island has been named after Jose Gaspar. He was a legendary Spanish pirate captain and was known by his nickname, Gasparilla. According to the local folklore, he roamed and plundered across the Spanish Main and the Gulf of Mexico.

His base was in the southwestern part of Florida. Tales about his early life, motivations, and exploits vary greatly according to different versions. What is common among the versions is that he was active during the period spanning 1783 to 1821. This is also known as the Second Spanish period of Florida.

In some of the versions of the local folklore, Jose Gaspar or ‘Gasparilla’ was a troubled young man. He had kidnapped a young girl for ransom in his youth. When he was captured, he was given two choices. He could either choose to spend time in prison or join the navy. He chose to be in the navy, where he offered his exceptional service for several years.

Later, he led a mutiny against a tyrannical captain and fled to Florida with a ship that he stole. In a few other versions, Gaspar is described as a brilliant Spanish admiral. According to these versions, he had a questionable character and had stolen the crown jewels.

Promotion of the legend of Gasparilla

According to the legend of the pirate Jose Gaspar, he had hidden his treasure on Gasparilla Island. This legend was used by a local hotel and railroad for promotional purposes. The story never appeared in writing until the 20th century, when it was used for promotions. This story was included in the advertising brochure of the Charlotte Harbor and Northern Railway company.

It mentioned that the massive treasure of Jose Gaspar was hidden somewhere on the island and was never discovered. The version told in the advertising brochure had a significant influence on all the later accounts. An anthropologist named Andre-Marcel d’Ans had suggested that Gaspar was a Spanish missionary.

In the early 20th century dredging began in the area. This part of Florida also witnessed the construction of the Northern Railroad line and Charlotte Harbor. They connected Boca Grande to the outside world. Later, Gasparilla came to be known as an important stop for shipping phosphate.

The first hotel called ‘Gasparilla Inn’ was opened in 1911. This turned the island into a sought-after destination for vacations. The visitors were mostly the elite from Fort Meyers and Tampa. Although shipping declined towards the 20th century’s last quarter, tourism remained an important activity on the island.