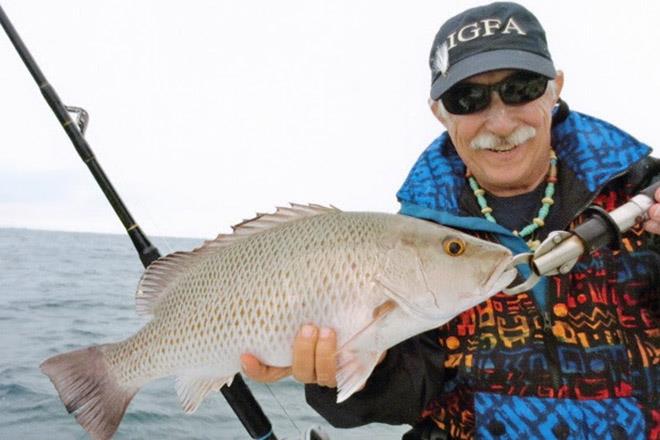 Fishing is mainly a recreational activity that has existed for time immemorial. The activity started off in prehistoric times as a means of gathering food. Today, it has become a hobby for many individuals across the world. A person who catches fish using a hook, fishing line and a fishing rod is called an ‘angler’. Most of the modern fishing rods feature a fishing reel fixed on them.

Angling is primarily associated with sport fishing. However, some commercial fisheries also use certain methods of angling, such as trolling and longlining. Professional anglers are known to have excellent fishing records, awards, and honours. Here, we’ve listed some of the best anglers in the world:

If world records are to be considered, Dr Martin Arostegui is a legend. In his lifetime, Arostegui has created 326 records according to the data of IGFA World Records. This resident of Coral Gables, Florida, is a retired emergency room doctor. He made it his mission to catch record fish all over the world in his life. He achieved this feat with the flies and fly rods that he made himself. Dr Martin Arostegui was given the IGFA Lifetime Achievement Award in 2005.

Terry Hearn is a native of England. He became popular in 1996 when he caught a mirror carp weighing 55 pounds and 13 ounces. The British are fond of naming big carp and his catch was named ‘Mary’. In England and several other countries of Europe, catching monster carp is a passion shared by many fishing professionals. Besides his record catch, Hearn has also caught Bazil, Two-Tone, and many others.

When it comes to professional bass fishing, Kevin VanDam is among the best in the world. VanDam resides in Kalamazoo, Michigan. He has earned more than $4.5 million through 2010 and holds four Bassmaster Classic titles. In the competition, he managed to reel in over 8,400 pounds of bass. Ever since he turned pro, VanDam has earned his place in 20 consecutive Classic tournaments. ESPN commentator Mark Zona had stated that VanDam was among the ones closest to perfection he had seen.

Born in Philadelphia, Mike Iaconelli won the Bassmaster Classic in 2003. He has made $1.7 million in cash and merchandise throughout his career and caught over 4,000 pounds of bass. He has also won five tournaments and earned his place in the top ten 44 times.
Iaconelli achieved all of this despite the fact that he was not even 40 at the time. Another amazing thing about this American angler is that he spends about 200 days in a year on the water.

His favorite gamefish is the muskellunge. It is estimated that Maina has caught this fish at over 500 lakes around the United States and Canada. By the time he was 11, Pete Maina was guiding anglers in Wisconsin. Maina has stated that he has handled over three thousand muskellunge in his career.
His biggest catch was a 55-inch fish in Lake St. Clair during the month of September in 2010. He also pioneered the catch-and-release method for muskellunge.